Breaking the grip: what chance for a new political party?

Could a new party break the Labour-Conservative grip on the House of Commons? Such a party is mooted in the latest Observer, with a reported £50 million available to get it going.

On the face of it, the precedents are not encouraging. The obvious example is the Social Democratic Party, formed in 1981 as an alternative to a Michael Foot’s Labour Party led and Margaret Thatcher’s Conservatives. It sought to “break the mould” of British politics but failed to break through, winning only 23 seats in the 1983 general election. Subsequent attempts to break through, such as James Goldsmith’s well-funded Referendum Party in 1997 and UKIP in 2015, also stumbled and quickly fell away.

However, it is too lazy to say that the mould can never be broken. Precedents are not iron laws. To make a proper assessment of the chances of a new party, we need to understand the reasons why past efforts have failed, and then judge whether those forces can be overcome this time.

The table below sets out the nature of the headwinds that confront any new party. It provides examples of how elections to the House of Commons have played out for three kinds of party with  less than one -third of the vote: those that attract broadly similar levels of support in different areas, those that have a similar level of appeal in most places, but manage to build up extra support in particular constituencies, and those that are particularly popular in some areas, and unpopular in others.

The message is clear.  As section 1 of the table shows, the Liberal/SDP Alliance’s failure 1983 was a straightforward product of our first-past-the-post voting system. They won more than six million votes, and did respectably well almost everywhere. They racked up as many as 313 second places – but won only 23 seats. Other parties with evenly-spread support have done as badly, or even worse: only nine years earlier, the Liberals had won 20% of the vote had won just 14 seats.

As recently as 2015, Labour, which had dominated Scottish politics in most seats north of the border, lost ground almost everywhere. From winning almost 70% of the seats with 42% of the vote in 2010. It crashed to 24% and just one seat in 2015.

Section 2 shows that parties with s semi-even distribution of votes do somewhat better, but still fall well below 100 in the vote-seat conversion rate. This in 1997, the Lib Dem vote was actually down on 1992 (from 18% to 17%), but it more than doubled its MPs, partly because it did exceptionally well where its candidate was well-placed to defeat the incumbent Conservative MP. This extra support, concentrated in a few dozen seats, lifted its vote-seat conversion rate from 17% to 41%. In 2010, the election that led to the Conservative-Lib Dem coalition, its conversion rate was much the same: 38%.

The real beneficiaries of the present voting system are parties with concentrated support. This was most obviously the case in 1983, when Labour won only slightly more votes that the Lib/SDP Alliance (28% versus 26%) but almost ten times as many seats (209 versus 23). However, a party can have only modest support, but can still enjoy a good conversion rate if its support is sufficiently concentrate – such as the Lib Dems in Scotland in 2010, and Plaid Cymru in Wales last year.

The relevance of all this to a new party is that it is likely to secure similar levels of support in all kinds of seat. This is because they attract voters who are dissatisfied with one or both of the traditional parties, and such voters are found almost everywhere, especially when (as now, and as in the early 1980s) both main parties vacate the centre ground.

To be more precise: most voters regard themselves as being in or near the political centre. They don’t like extremism. But different voters have very different ideas of what it means to be in the centre. To some, it means, or is compatible with, support for the European Union, freedom of movement, higher “green” taxes, gay rights and abandoning nuclear weapons. To others, centrism is in harmony with Brexit, tough immigration controls, longer prison sentences, traditional marriage and lower taxes for the better off.

The SDP (and, for many years, the Liberal and Liberal Democrats) attracted support from both kinds of “centrist” voters, and many other kinds in between. Many of their supporters projected onto the party their own brand of centrism. They tried hard to create a defined political identity but failed to shed their broad-but-shallow appeal. Paradoxically, this “failure” enabled them to win millions of voters nationwide from time-to-time – but in broadly similar numbers in all kinds of constituency.

A new party seeking to claim the centre ground is likely to hit the same problem. What, then, can it do? Here are two options.

Given the fragility of both main parties, 30%-plus is not impossible. Look at what Emmanuele Macron and En March achieved in France (in, admittedly, the different context of a presidential system).  But it’s a tough challenge.

Going for the targeted approach will not be easy – at least, not for some years, until it builds local membership, success in local elections, and has MPs who establish a strong local following. (Modern social-media campaigning technology may reduce the need for local on-the-ground activity but does not – yet – supplant it entirely.)

There is one way to improve the odds. Shortly after the 2016 Brexit referendum, a big majority of Labour MPs voted for a motion of no confidence in Jeremy Corbyn. If enough of them switched to a new party, it could overtake the pro-Corbyn rump at Westminster. It would then become the official opposition, with massive rights at Westminster (at Prime Minister’s Questions; the right to call debates; “Short” money for the offices of the new shadow cabinet). It would also command time on television and radio. One reason the Lib Dems have struggled to recover since 2015 is that they are almost invisible at Westminster (where the SNP now enjoy the rights of the third party) and broadcasters no longer have to include them to any great extend on news and current affairs programmes.

Perhaps the biggest failure of the SDP is that they persuaded only 28 Labour MPs to defect. Big beasts such as Denis Healey and Roy Hattersley, who shared a similarly centrist outlook to the SDP, stayed with Labour. This did not make the SDP’s failure inevitable; but it made “breaking the mould” far harder.

Will it be different this time? Come back in ten years – maybe sooner – and I’ll tell you. 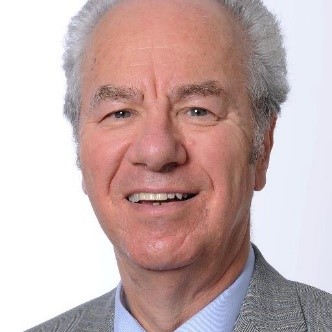