Ministers Must Confront Massive Variations in Public Attitudes to a Vaccine

Back in 2011 two fresh-faced, newly-elected MPs had a book published on the 2008 financial crisis – both its causes and how to prevent it all happening again. Masters of Nothing: How The Crash Will Happen Again Unless We Understand Human Nature was written by Matthew Hancock and Nadhim Zahawi – two men who, as health secretary and vaccine minister respectively, now have crucial roles in dealing with the Covid-19 response.

The book focuses closely on the fact that people do not always behave rationally, explored in various ways, including through exclusive polling evidence – which in the interest of full disclosure, I should mention that I conducted.

Now, with a task ahead arguably much larger than the 2008 crash, what do we know about human behaviour when it comes to vaccines? How will the British population actually behave when it comes to a national campaign?

Working with Ovid Health, Deltapoll has conducted research on attitudes to a possible vaccine for Covid-19, both before and after the recent announcements of successful clinical trials. It will perhaps not be a surprise to hear that the findings are a mixed bag.

On the plus side, nearly eight out of ten British adults (78 per cent) believe it is generally a ‘good thing’ that a vaccine has been announced as effective in clinical trials – a very high figure. Even a majority (53 per cent) of those who say they are very unlikely to take the vaccine recognise that its availability is a good thing.

This scepticism is not confined to the usual ‘anti-vax’ suspects. Throughout the data, attitudes towards the vaccine correlate strongly with concern over Covid-19. Generally speaking, those who are not worried by the outbreak, including nearly a third (32 per cent) of 18 to 24 year olds, are less positive towards the vaccine, both as a concept but also in terms of potential uptake.

Support for wanting the vaccine strongly correlates with age. Only four out of ten millennials say they are very likely to want it, compared to nearly seven out of ten (68 per cent) baby boomers. Among those aged 65+ that figure rises to 78 per cent. This is perhaps not surprising given the relative risk from the disease to old people, but obviously poses a problem for a government relying on a large uptake of the vaccine. Additionally, unvaccinated, asymptomatic younger people may also be more likely to spread the virus.

Can these numbers be improved? The government has effectively ruled out making the vaccination compulsory, but it does have various levers at its disposal.

For example, proposing that people who were not vaccinated would not be allowed to travel abroad increased the 0 to 10 score by an average of 2.64 among those least likely to want the vaccine. Similarly, the same group’s average score increased by 2.42 when it was suggested people who were vaccinated would be allowed to travel to any part of the UK. Among those less certain of their opposition to the vaccine, the pattern was similar, though the gains not as great.

In contrast, incentives such as unvaccinated people being at risk of being sacked from their jobs and discounts at Amazon and supermarkets for those who are vaccinated had a much smaller impact.

Regardless of the position the government chooses to adopt, the data points to the need for an effective communications campaign, with promotion supported by key messengers who truly resonate with the general public at large – not just social media. The government will be all too aware that such a campaign will be a prerequisite if their aims are to be achieved.

Matt Hancock and Nadhim Zahawi understand how nuanced human behaviour can be – they mention the term 55 times in their book – but do they really know how humans will behave when it comes to the absolutely crucial question of a vaccine for Covid-19? Given the enormous cost of getting things wrong, the country will have to hope the answer is yes.

A version of this article originally appeared in The Times. 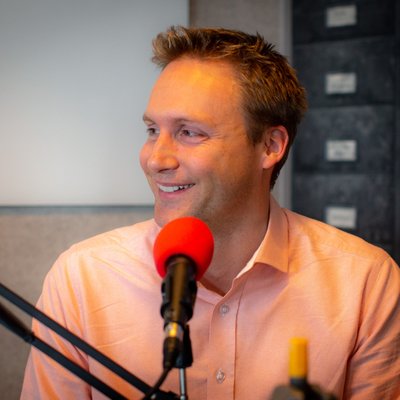