History provides countless examples of the power that myths exercise across all cultures and all continents. We have ample evidence of that in our own history.

The purpose of this note is to investigate a more recent mythological manifestation, namely, the power and popularity of the current Labour leader: a man who saved his party from ignominious defeat, energised a discontented electorate and launched a new politics that fundamentally challenges the exhausted and bankrupt political system under which we have all been languishing for too long. Someone who has dramatically transformed Labour from being a pale Tweedledum, locked in endless bouts of sterile shadow boxing with a Conservative Tweedledee, into a vibrant, vote-winning political organisation that takes pride in its radical difference from other parties.

It seems time to investigate what truth there is in these bold, unequivocal assertions that so many people appear to endorse, by dusting off that old standby of yesteryear – evidence-based research. There are two measures we need to consider; firstly, the evidence from opinion polls and secondly, the results of elections.

Voting intention
The table below sets out the simple averages of party support in published voting intention polls since the 2017 general election.

During the seven-week long 2017 election campaign, the Conservatives contrived against all expectations to lose their overall majority. This was the time for the Opposition
to seize the political initiative and turn the relentless, almost daily, stream of post-election
misfortunes that hounded the Conservatives into a growing tide of support for Labour. But over the subsequent twelve months, as the table shows, Conservative support did not collapse. Indeed, support for the Government has increased slightly, whereas support for Labour has drifted downwards.

Mrs May’s ratings have improved marginally among the general public, compared with the immediate aftermath of the general election; but Mr Corbyn’s satisfaction rating has fallen 12 points over the same period.

However, surely Mr Corbyn’s underlying strength rests upon his secure standing among Labour voters? Not according to the evidence.

Party leader satisfaction/dissatisfaction ratings among their own voters

Far from coasting along on a tide of popular support among Labour voters, Mr Corbyn’s
satisfaction ratings among those who intend to vote Labour has fallen 15 points since the last
general election. But this is just one pollster. So let us look at the time series produced by Opinium which asks respondents whether they approve or disapprove of Theresa May’s handling her job as Prime Minister; and similar approval/disapproval of Mr Corbyn’s role as Leader of the Labour Party. The pattern appears to replicate that shown in the Ipsos MORI data, namely, a significant fall in Jeremy Corbyn’s approval rating.

Best Prime Minister
How does Jeremy Corbyn fare on the rather important measure of “who would make the best Prime Minister”? YouGov have offered respondents the choice between him and Mrs May some 33 times since the last election, to date. Over this period, he led Mrs May (by one point) once on this measure (21-26 June, 2017) and registered equality with her twice (9-10 June and 10-11 October, 2017). In all the remaining 30 polls (and consistently for the past seven months) Mrs May was considered the best Prime Minister.

Best for Brexit?
Given how Brexit dominates both politics and the media, how does the public assesses the performance of Mr Corbyn on this issue? Just before looking at the figures, it is important to register some context: poll after poll shows that the public is deeply unimpressed by the performance of the Government in the Brexit negotiations. The latest ORB International trend data suggests that, in May 2018, 61% of respondents disapproved of the Government’s handling of the negotiations. Yet in the same month, YouGov found 35% of the public supporting Mrs May’s approach, compared with 17% who supported Mr Corbyn’s approach. Digging a little deeper into the findings we discover that 78% of Conservative voters support Mrs May’s approach towards Brexit, whereas 46% of Labour voters support Jeremy Corbyn’s approach.

But opinion polls are just opinion polls and didn’t they significantly underestimate Labour’s share of the vote in the 2017 general election? What trust, if any, can we have in them? So let us turn to election results where real people cast actual votes rather than express opinions.

Elections
Success in elections is the true test of any political party’s claim that they have the capacity and the policies to govern on behalf of others. How has Mr Corbyn fared under this measure?

Parliamentary by-elections
There were fourteen parliamentary by-elections in Britain between 2010-15 when Labour was led by Ed Milliband. In seven of these, Labour’s share of the vote increased by double-digit figures. The party lost one seat during this period – Bradford West – to the Independent candidate, George Galloway. The Labour share of the vote fell in three by-elections (one-fifth of the total). Between 2015-17, there were ten British by-elections when Jeremy Corbyn was Labour leader. Labour’s share of the vote did not increase by double-digits in any of them and fell in six (60% of the total). Among them, in February 2017, Labour lost Copeland to the Conservatives – the first loss by the main Opposition party to the Government party since the Mitcham & Morden by-election in 1982 – and a seat they had held continuously since 1935.

Scottish Parliament and Welsh Assembly elections, 2016
In the first round of these elections under Jeremy Corbyn’s leadership, Labour sustained significant losses. In Scotland, the party lost 13 seats and its constituency vote share fell by nine points. By comparison, the Conservative vote share increased by eight points and they gained an extra sixteen seats. (One year later, in the 2017 general election, Labour’s actual vote increased by 9,800 across Scotland, compared with an increase of 323,800 in votes for the Conservatives.) In the Welsh Assembly elections, Labour’s share of the constituency vote fell by eight points and, overall, they lost one seat.

Council Elections
The table below lists the net gains and losses of seats by parties in the annual May council elections 2010-18 as compiled by the Press Association.

The table below sets out the net gains/losses of seats by local authority type in May 2018.

We can see how heavily dependent Labour’s very modest net gains were on London. The London boroughs accounted for around 40% of all the seats up for election in 2018 yet for 87% of Labour’s net gains. The party made a small net loss of seats in the Metropolitan Boroughs and distinctly modest net gains elsewhere.

This level of Labour under-achievement was not restricted to the annual May local elections. In local council by-elections in the period between the June 2017 general election and early April 2018, Labour made 16 gains and sustained nine losses – a grand total of five net gains.

But Labour won the 2017 general election
No: it did not. Being 64 seats short of a majority is not to win but to lose and continue languishing in Opposition (already eight years and counting). The swing from Conservative to Labour in 2017 was a middling 2% – nothing like the 10.2% swing to Labour in 1997, or the 5.3% swing to the Conservatives in 1979, or the 5.1% swing to them in 2010. Labour was predicted to be slaughtered in 2017 and they were not. However, to lose a boxing match but avoid being knocked out in the first round is simply a relief, not a victory. Labour’s share of the vote went up 9.6% in 2017, compared with the 2015 election; but the Conservative share also went up, by 5.6%, hence the overall swing of 2%. You win great victories when your share goes up 9.6% and your opponent’s share goes down 5.6% but that is not what happened in 2017. What did happen in the first general election under Mr Corbyn’s leadership, according to Ipsos MORI, was the biggest swing from Labour to the Conservatives among white working class voters since 1979.

Myth versus Reality
Electorally speaking, Mr Corbyn seems to have no clothes. Unless we have entered a new Age of Unreason, this assertion, based on the evidence cited above, has to be disproved by other, more compelling, evidence. People are perfectly free to huff and puff and whistle and shout in disagreement but the data set out in this note is publicly available for all to see and shows little sign, so far, of changing in Labour’s favour. Mr Corbyn and his supporters have certainly captured the Labour Party but they are a long way from capturing the nation. Indeed, they appear to be drifting further and further away from that goal. It is no great surprise that Mr Corbyn’s supporters have an evangelical belief in his myth; they are locked into a relationship that totally defines their political existence and which, if broken, breaks them. However, it really is a myth that Jeremy Corbyn is a vote-winning asset for Labour. There is nothing complicated about any of this; you look at the myth and you look at the evidence. When the two clash, the one you choose to run with defines who and what you are.

T’was ever thus: t’will ever be thus.

David Cowling worked as Head of Political Research at the BBC for over twenty years. 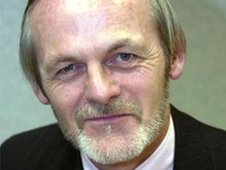